Being a parent changes your perspective in ways you can’t even imagine.

It’s funny how we can be so blasé about issues until they enter our direct sphere of influence.

A class discussion arose recently during a History lesson with my Year 7 students. We were studying a unit on Ancient China – and as a ‘Warm Up’ activity, we were brainstorming everything the students knew so far about this civilisation: The Great Wall of China, The Terracotta Warriors, the natural geographical barriers of China, and the dynasties. One student had been reading ahead, and the Ancient Chinese tradition of foot binding was raised.

Students were fascinated, so a discussion about this practice ensued. My experience as a teacher has taught me over the years, that the more contentious and/or barbaric an issue, the more engaging students seem to find it. The entire class wanted to know all about the history and practice of foot binding in Ancient China.

For those who aren’t aware, foot binding was a custom practiced for over a millennium in China whereby tight cloth binding was applied to the feet of young girls to modify the size and shape of them. Bones in their feet were literally broken in the process. The practice continued throughout China until early in the twentieth century: it was a status symbol as well as a mark of beauty for women to have tiny feet.

It began when girls were generally between the ages of five and seven. The heel and the tip of the toes were bound tightly so that they were actually touching, breaking bones of the feet continuously as they grew. The result was a very tiny looking foot upon which the women could barely walk.

It was extremely painful and debilitating. It literally crippled them.

All of a sudden, the reality of what these little girls, and their parents, would have gone through in this hideous undertaking hit me.

I felt physically ill and could think only of my two girls and how much watching them have to endure such agony would have killed me.

I could not have done it.

Yet by not undertaking this practice, I would have been condemning my daughters to a life filled with adversity and poverty. Bound feet in women were essential to attract a wealthy husband.

Women put their daughters through this agony to buy them a ‘better life’, and the social pressure on them was intense. I pictured the sleepless nights, the crying, the pleading, the tossing and turning: both for the women as well as their poor little girls.

Never before has this issue struck home to me like it did during this lesson. I studied this practice during my school years, as well as briefly at University in a history subject on Ancient China. Yes I have always found it abhorrent; but not on such an overwhelmingly personal level.

As parents, it is our natural, primal instinct to protect our children at all costs. I cannot imagine the agony these mothers and fathers would have endured knowing that they could have stopped the intense pain their child was feeling, and yet also knowing that doing this would have essentially cost their daughter her future.

Even now, I am sitting here feeling sick just thinking about it. Those poor, poor parents, and their poor, tortured daughters.

The reality is that barbaric practices occur all around the world, both in the past and present, in the name of beauty and social status. Particularly for women. Not as extreme, for the most part, as foot binding, but then again in modern times we have women and girls literally killing themselves with eating disorders, based on unrealistic ideals of beauty.

It just feels so very wrong.

Being a parent is feeling more deeply for anything, or anyone, than you ever could before. The age old phrase ‘You will understand when you are a parent’ beats like a drum in my ears now, as I watch my own daughters grow. I can only hope, as a mother of two daughters, that I possess the tools necessary to arm them to live as strong, empowered women in a world where beauty and social status are still the primary markers of female success. I pray that I am able to instil in my girls the knowledge that they are so much more than just a pretty face, or a curvy figure, or what someone else sees in them.

I want them to see in themselves their intrinsic value as people, and the richness and joy they bring to my life.

The responsibility is truly overwhelming. 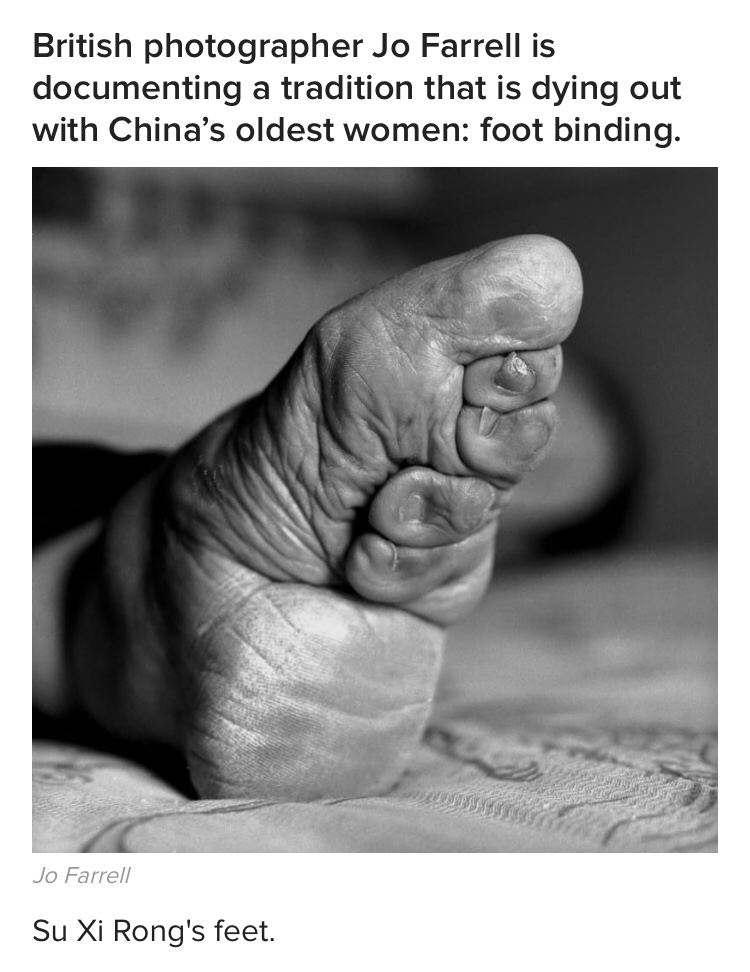 I am a same sex mother of five children, and no, I have never been in a straight relationship.  I am one of the lucky few who has had access to a range of assisted reproduction techniques, all thanks to one man who decided many years ago to donate his sperm. Little did he know that one day there would be 48 children out there from his donations, five of which I’m lucky enough to call mine. To contact me, please email me at myrainbowtribe@gmail.com. Thanks for reading :) View all posts by Shannon Louise

All posts on this site written by Shannon Louise