She stood out, not just for the time of day it was, but for the location we were in. She was a young, attractive mum, probably late twenties, dressed in a dark blue sundress, matching summer hat and white Converse sneakers. The bark-covered ground was wet and boggy which I thought mustn’t have been great for her white shoes. It appeared as though much effort had been put into her appearance.

It was 8:30am and we were at the somewhat rundown but still very enjoyable playground adjoining the boat ramp at Tin Can Bay.

We were ‘running’ the kids before going home for breakfast. I thought to myself that she really didn’t seem to be in the ‘holiday spirit’ – she seemed tense, and spoke to her two children, in a strained type of way – like she was just going through the motions. I could quite possibly have imagined it, but she just seemed underwhelmed with the whole motherhood thing. Probably just having a hard morning.

As she departed the playground with her daughter who was perhaps about four, her other younger child stayed put and kept playing. She walked over to where the rest of her party, two other males, were standing alongside a boat on the edge of the playground. Returning to get her son, she then took him back over too, ignoring his screaming protests. As we left, we saw this same woman at the car with both children, changing and dressing them on her own.

Neither of the other two with her had helped her with them at any stage.

It made me feel sorry for her.

This parenting business is so much easier when the child-rearing is shared. Equally.

Single mothers, I take my hat off to you – truly it is such a tough gig – you have my ultimate respect.

I have donned the solo parent hat at various stages in my life, although in a shared care situation, where I had a 50/50 arrangement. This therefore involved some ‘downtime’. I still found it really hard. The constancy of it is what wore me down.

I remember too well that sinking feeling of looking around and knowing that baths weren’t going to get done, dinners wouldn’t get made, washing wouldn’t go on and get hung out, and certainly not folded, unless I did it.

Quality parenting at difficult times gets bumped in favour of just getting yourself ‘over the line’ with your sanity intact. It’s REALLY, FREAKING, HARD.

This happens for me now too of course, but far less often. I have the lovely Lisa who provides unwavering support and help. These days, thanks to her organisation and patience, things function largely like clockwork.

We can both be better Mums because we support each other. One picks up the slack when the other needs time out.

Everyone needs a sanity break now and then.

Granted, I had several children to juggle during my ‘solo’ interludes, but it still would have been hard even with one. All I can say is: serious kudos to those going it alone.

I think other women know the reality of the child-rearing tends to fall on the shoulders of women. It has since the beginning of time as we know it, and although far better in this modern era, a pattern of imbalance still exists.

Out of interest, I looked up some statistics. According to Australian Human Rights Commission: 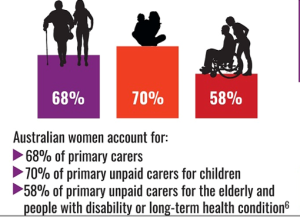 This being the case, sometimes the prospect of having two mums in the family can seem like a stroll down ‘Easy Street’. On several occasions, heterosexual female friends have pulled me aside and told me how wonderful they think it would be to have two mums in the family. A couple of these have even joked that they have thought about ‘changing teams’ purely to have a two mum household!

Obviously I set them straight (pardon the pun) that there’s a little more involved than just both being equally involved in the child-rearing.

This is a HUGE generalisation of course – in no way do all lesbian mothers contribute equally to child rearing. Gender alone does not dictate this. There is a very real and growing population of men out there – my brother and many friends included – who are wonderful, hands-on fathers, heavily involved in their share of childrearing and the running of the household.

I don’t think that this young mother I saw at the playground had much support.

At least not today.

Maybe today was a day where she was just struggling to get her foot ‘over the line’. 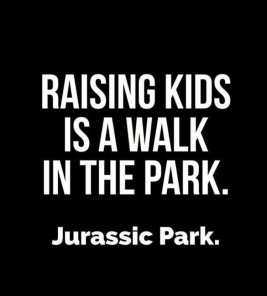 One thing I do know is that without Lisa’s help, I have little doubt I’d be eaten alive…

I am a same sex mother of five children, and no, I have never been in a straight relationship.  I am one of the lucky few who has had access to a range of assisted reproduction techniques, all thanks to one man who decided many years ago to donate his sperm. Little did he know that one day there would be 48 children out there from his donations, five of which I’m lucky enough to call mine. To contact me, please email me at myrainbowtribe@gmail.com. Thanks for reading :) View all posts by Shannon Louise

All posts on this site written by Shannon Louise